Hey Travellers, Going Shimla from Kalka by Toy train is very Adventurous. but before you go you should take some information about Kalka to Shimla Toy train eg Which Train is the best, Fare, Timing.

Simla ( Now Spelt Shimla), which was settled by the British Rulers shortly after the first Anglo-Gurkha war The idea of connecting Shimla by rail was first raised by a correspondent to the Delhi Gazette on November 1847. as we know Simla was the summer capital of British India from 1864 to 1939. in this period Kalka Shimla railway was built around 1903.

In 2007, the Himachal Pradesh government declared the railway a heritage property. on 11th Sep 2007, a United Nations Educational Scientific and Cultural Organization[ UNESCO] team visited the railway to examine it for potential selection as a World Heritage list.

After that, on 08-July 2008, it became a part of the mountain railways of Bharat World Heritage Site with two others name Darjeeling range and Nilgiri Mountain Railways.

There are Five trains run at Kalka Shimla daily .. some trains are special trains operate during the busy holiday seasons in Shimla. This is usually from May to July, September and October, and December and January.

For current confirm Availability visit IRCTC. and find a train that suits your budget and timings. and I personally advised you please book your train 10-15 days ago. because there are limited seats available on a train.

From Shimla to Kalka Trains

As per my suggestion, the best train is Himalayan Queen.

This toy train is India’s  most unimaginable feats of engineering covering a staggering 102 tunnels, 864 bridges and 919 gorgeous curves.

At 656 metres, the train starts mounting uphill, passing through the eighteen stations and reaches Shimla, placed at associate degree elevation of two, 076 metres within the lap of because the train ascends through steep mountains and curves, its speed slows down.

The eighteen stations it stops at are:

But normally trains stops at 4-5 stains only. At each station, tea and snacks are available.

The Longest Tunnel at this journey around Barog Station on the route, Stretching 1,143 metres of the Long tunnel… Also, bridge no-226 is associate study marvel that passes over a deep valley enclosed by steep hills on each side. However, it’s tough to see this bridge from the carriage. 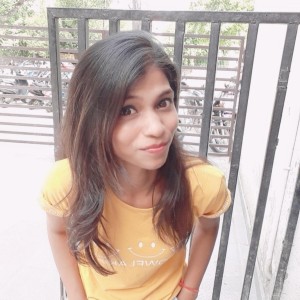 I'm Ishika, an Indian Traveller who is doing the job in HDFC Bank. This is my blog, where I'll tell you how to find the lesser-known places, get involved in the culture, learn the history, and meet locals along the way.

Complete Shimla Guide – Read this before you visit Shimla

5 Best places to visit in December in India – 2019 Updated

its me – suraj singh

I'am a Youtuber,Blogger,Gamer and Photographer. I just want to document my experiences and some stories of life.